Hemmingwayscat
Dubuque, Iowa, United States
I'm a woman obsessed with cats. In this blog, I channel my absent Siamese cat named Angel. She lives with my family in this blog, 3 teenagers, a 4 year old boy and a 15 month old little girl. Life is complicated here. We twitter often, but be prepared for teenage interruptions as well as baby moments... Hope you find it interesting here....

Most experts do a great job of presenting the problems children with Asperger Syndrome face during their adolescent years. Yet they offer few solutions.

This is a two-part article. Part 1 presents problems. Part 2 gives suggestions that have worked for parents of teens with Asperger Syndrome. Click here for Part 2 - Solutions

Diane Kennedy, in her 2002 book The ADHD Autism Connection, writes that the years from twelve to seventeen are "the saddest and most difficult time" for people with Asperger Syndrome. This is not true of every teen with Asperger Syndrome. Some do extremely well. Their indifference to what others think makes them indifferent to the intense peer pressure of adolescence. They can flourish within their specialty, and become accomplished musicians, historians, mathematicians, etc.

Yet, as Kennedy observes, Aspie teens typically become more isolated socially during a period when they crave friendships and inclusion more than ever. In the cruel world of middle and high school, Aspies often face rejection, isolation and bullying.

Meanwhile, school becomes more demanding in a period when they have to compete for college placements. Issues of sexuality and a desire for independence from parents create even more problems.

Social Isolation.In the teenage world where everyone feels insecure, teens that appear different are voted off the island. Aspies often have odd mannerisms. One teen talks in a loud unmodulated voice, avoids eye contact, interrupts others, violates their physical space, and steers the conversation to her favorite odd topic. Another appears willful, selfish and aloof, mostly because he is unable to share his thoughts and feelings with others. Isolated and alone, many Aspies are too anxious to initiate social contact.

Many Aspie teens are stiff and rule-oriented and act like little adults, which is a deadly trait in any teenage popularity contest. Friendship and all its nuances of reciprocity can be exhausting for an Aspie, even though she wants it more than anything else. One girl ended a close friendship with this note: "Your expectations exhaust me. The phone calls, the girl talks, all your feelings...it's just too much for me. I can't take it anymore."

Inability to "Be a Teen." An Aspie typically does not care about teen fads and clothing styles -- concerns that obsess everyone else in their peer group. Aspies may neglect their hygiene and wear the same haircut for years. Boys forget to shave; girls don't comb their hair or follow fashion.

Some Aspies remain stuck in a grammar school clothes and hobbies such as unicorns and Legos, instead of moving into adolescent concerns like MySpace and dating. Aspie boys often have no motor coordination. This leaves them out of high school sports, typically an essential area of male bonding and friendship.

Criminal Activity. Pain, loneliness and despair can lead to problems with drugs, sex and alcohol. In their overwhelming need to fit in and make friends, some Aspies fall into the wrong high school crowds. Teens who abuse substances will use the Aspie's naivety to get him to buy or carry drugs and liquor for their group.

If cornered by a police officer, an Aspie usually does not have the skill to answer the officer's questions appropriately. For example, if the officer says, "Do you know how fast you were driving?" an Aspie may reply bluntly, "Yes," and thus appears to be a smart-aleck.

School Failures. Many Aspies with their average to above average IQs can sail through grammar school, and yet hit academic problems in middle and high school. They now have to deal with four to six teachers, instead of just one. The likelihood that at least one teacher will be indifferent or even hostile toward making special accommodations is certain. The Aspie student now has to face a series of classroom environments with different classmates, odors, distractions and noise levels, and sets of expectations.

Aspies with their distractibility and difficulty organizing materials face similar academic problems as students with Attention Deficit Disorder. A high school term paper or a science fair project becomes impossible to manage because no one has taught the Aspie how to break it up into a series of small steps. Even though the academic stress on an Aspie teen can be overwhelming, school administrators may be reluctant to enroll him in special education at this late point in his educational career.

Depression and Acting Out. The teenage years are more emotional for everyone. Yet the hormonal changes of adolescence coupled with the problems outlined above might mean that an Aspie teen becomes emotionally overwhelmed. Childish tantrums reappear. Boys often act up by physically attacking a teacher or peer. They may experience "melt down" at home after another day filled with harassment, bullying, pressure to conform, and rejection. Suicide and drug addiction become real concerns, as the teen now has access to cars, drugs and alcohol.

The "saddest and most difficult time" can overwhelm not only the Aspie teen, but also his family.

2. How Parents Can Help Teens With Asperger Syndrome

Parents of teens with Asperger Syndrome face many problems that others parents do not. Time is running out for teaching their Aspie how to become an independent adult. As one mother put it, "There's so little time, and so much left to do." They face issues such as vocational training, teaching independent living, and providing lifetime financial support for their child, if necessary. Meanwhile, their immature Aspie is often indifferent or even hostile to these concerns.

Once an Aspie enters the teen years, his parents have to use reasoning and negotiation, instead of providing direction. Like all teenagers, he is harder to control and less likely to listen to his parents. He may be tired of parents nagging him to look people in their eyes, brush his teeth, and wake up in time for school. He may hate school because he is dealing with social ostracism or academic failure there. Here is how thirteen-year-old Luke Jackson, author of Freaks, Geeks and Asperger, wrote about being an Asperger teen:
"Are you listening to me?' 'Look at me when I am talking to you.' AS kids, how familiar are those words? Don't they just make you groan? (And that's putting it politely!) ...When I look someone straight in the eye... the feeling is so uncomfortable that I cannot really describe it. First of all I feel as if their eyes are burning me and I really feel as if I am looking into the face of an alien."
Here are some ways that other parents of teens with Asperger Syndrome deal with common issues.

School. If the pressure on your child to conform is too great, if she faces constant harassment and rejection, if your principal and teaching staff do not cooperate with you, it may be time to find another school. The teen years are often when many parents decide it is in their child"s best interest to enter special education or a therapeutic boarding school. In a boarding school, professionals guide your child academically and socially on a twenty-four hour basis. They do not allow boys to isolate themselves with video games: everyone has to participate in social activities. A counseling staff helps with college placements.

If you decide to work within a public school system, you may have to hire a lawyer to get needed services. Your child should have an Individual Education Plan and accommodations for the learning disabled. This may mean placement in small classes, tutors, and special arrangements for gym and lunchtime. He should receive extra time for college board examinations.

Teach your child to find a "safe place" at school where he can share emotions with a trusted professional. The safe place may be the offices of school nurse, guidance counselor, or psychologist.

Social Life. When she was little, you could arrange play dates for her. Now you have to teach her how to initiate contact with others. Teach her how to leave phone messages and arrange details of social contacts such as transportation. Encourage her to join high school clubs like chess or drama. It is not necessary to tell her peers that she has Asperger Syndrome: let her do that herself.

Many teens with Asperger Syndrome are enjoying each other's company through Internet chatrooms, forums and message boards.

Appearance. Because of their sensitivity to textures, Aspies often wear the same clothes day in and day out. This is unacceptable in middle or high school. One idea that has worked for some parents is to find a teen of the same age and sex as yours, and then enlist that person help you choose clothes that will enable your child to blend in with other teens. Insist that your teen practices good hygiene every day.

Drugs and Alcohol. Alcoholic drinks or drugs often react adversely with your child's prescriptions, so you have to teach your child about these dangers. Since most Aspies are very rule-oriented, try emphasizing that drugs and alcohol are illegal.

Driving. Most Aspies can learn to drive, but their process may take longer because of their poor motor coordination. Once they learn a set of rules, they are likely to follow them to the letter - a trait that helps in driving. However, Aspies may have trouble dealing with unexpected situations on the road. Have your child carry a cell phone and give him a printed card that explains Asperger Syndrome. Teach him to give the card to a police officer and phone you in a crisis.

Summer and Part-Time Jobs. Most of these jobs --movie usher, fast food worker, store clerk, etc -- involve interaction with the public. This means they are not always a good fit for a teen with Asperger Syndrome. Some Aspies can find work in their field of special interest, or in jobs that have little interpersonal interaction. Other teens have spent joyful summers at camps designed for teens like them.

Life After High School. If your teen is college-bound, you have to prepare her for the experience. You can plan a trip to the campus, and show her where to buy books, where the health services are, and so forth. Teach her how to handle everyday problems such as "Where do you buy deodorant?" "What if you oversleep and miss a class?"

As you prepare your teen for the workforce, keep in mind that people with Asperger Syndrome often do not understand office politics. They have problems with the basics, such as handling criticism, controlling emotions, showing up on time, and working with the public. This does not mean they cannot hold down a job. Once they master certain aspects of employment, Aspies are often able to work at high levels as accountants, research scientists, computer programmers, and so forth. 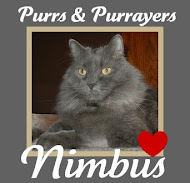 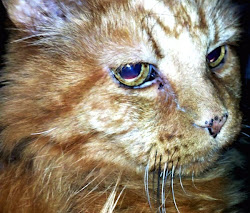 You're young and healthy again OTRB - Remembering you fondly 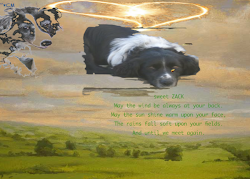 Knowing that you're happy OTRB! 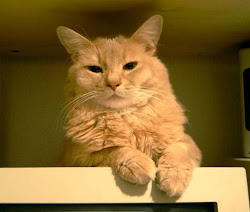 Remembering that All is Happy for you OTRB

Knowing that you and Sam will be happy furever!

We Love You Inigo 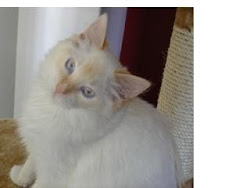 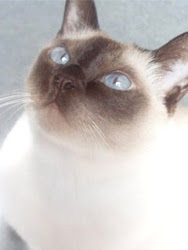 We Love You Gunner! 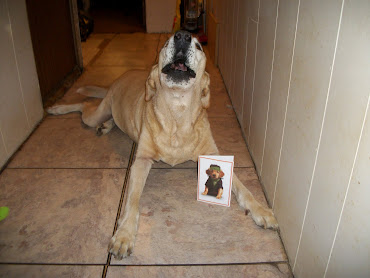 We Love You Louis! 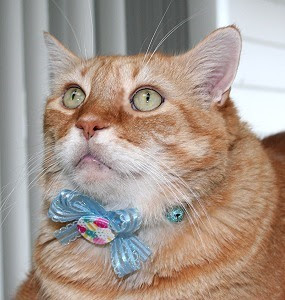 I'm Waiting for You!

Be the Change 4 Animals 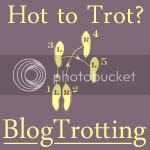 My Stuff and My Favorite Animal Charities

My Friends and their Blogging Lives